Đổi trò chơiVietnam has a long coastline but its maritime transport has not developed well. Railway transport has also been ‘forgotten’.

Dang Minh Phuong, chair of MP Logistics, said the logistics industry grows by 14-16 percent per annum, but the growth rate may become even higher thanks to a series of FTAs Vietnam has signed. 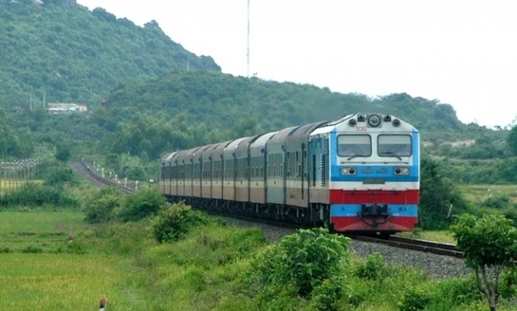 He said that logistics costs remain high. One of the reasons is that Vietnamese enterprises tend to do everything themselves. Meanwhile, foreign invested enterprises (FIEs) use outsourced services, and pay low costs.

Đổi trò chơi“They share infrastructure items and workforce of logistics firms, which allows them to reduce the production and business costs. Vietnamese enterprises do everything. They even buy and run trucks themselves. This pushes costs up,” Phuong said.

She went on to comment that Vietnamese enterprises do not have the habit of using maritime transport, but mostly use road transport, though Vietnam has a long coastline. The connection of transport infrastructure between waterways, roads and railways is limited.

“We forget seaways and railways in developing transport infrastructure,” she said.

Stefanie Stallmeister from the World Bank cited a survey as showing that many Vietnam’s enterprises have fees and charges higher than the average levels in East Asia and Pacific.

According to the Minister of Industry and Trade, Tran Tuan Anh, Vietnam has over 30,000 enterprises in the fields of transport, warehousing, postage, freight and forwarding and logistics market.

Most of them are road, railways and pipeline transport enterprises (59.02 percent). More than 33 percent of enterprises operate in the fields of warehousing and transport support, 5.27 percent in waterways transport, 0.02 percent airways, and 2.34 percent postal and courier businesses.

Đổi trò chơiMeanwhile, explaining the high service costs, Anh cited the limited business scale, capital, and IT application as well as the low qualification of the workforce. In addition, the problems in logistics infrastructure connections, road transport costs and seaport service surcharges imposed by foreign shipping firms, are other reasons.

Vietnam’s logistics industry aims for a 15-20 percent growth rate per annum, which would account for 8-10 percent of GDP.

Weak regional connectivity across land, air and sea has hampered the growth of southeast region of Vietnam. Economists believe for the region develop, it needs to change its mind set and strategy.

Though the number of MLM (multi-level marketing) businesses has decreased, the revenue of these businesses has risen rapidly. Disguised MLMs are still challenging management agencies.

Đổi trò chơiAccording to the Ministry of Construction (MOC), the purchase and sale of condotels must observe the laws on real estate because condotels are considered a kind of construction work.

Along with the signing of the Regional Comprehensive Economic Partnership, ASEAN as chaired by Vietnam is calling for more intra-investment and foreign direct investment into the region, in an aim to make the bloc more affluent,

The focus of the government’s support this time would be for enterprises with high spillover effects to the economy, especially in fields of aviation, tourism and consumer products.

Đổi trò chơiMergers and acquisitions in renewable energy in Vietnam are on an upward trajectory and expected to become even hotter next year, with the country officially overtaking Thailand to rank as the largest solar market in Southeast Asia.

Vietnam had attracted a total of 26.43 billion USD in FDI this year as of November 20, equal to 83.1 percent of the figure in the same period last year, according to a recent report from the Ministry of Planning and Investment.

Đổi trò chơiThe EU-Vietnam Free Trade Agreement, which entered into force on August 1, is expected to help heat up mergers and acquisitions in Vietnam’s retail market.

Đổi trò chơiDespite difficulties caused by the Covid-19 epidemic and natural disasters, Thien Long Group has been honored with the Vietnam Value 2020 award by the Trade Promotion Agency under the Ministry of Industry and Trade.

Đổi trò chơiDespite Covid-19, the forestry obtained total export turnover of $13 billion worth of timber and wooden exports this year.

The total export value of the textile and garment industry is forecast to reach about US$33.5-34 billion this year, a year-on-year decrease of 14-15 per cent, but higher than the forecast of $30-31 billion in April.

Freight and logistics stocks have seen major gains since the beginning of 2020 even as the COVID-19 pandemic has wreaked havoc on the economy.

Đổi trò chơiThe sugar industry is facing many challenges and unfair competition from imported and smuggled goods, experts told a conference held in Hanoi on December 1.

The 17th China-ASEAN Expo and China-ASEAN Business and Investment Summit kicked off on Friday, highlighting booming digital economy cooperation and the implementation of a recently signed major trade pact.