JLL has reported a slowdown in the number of real estate M&A deals in the first nine months of the year. 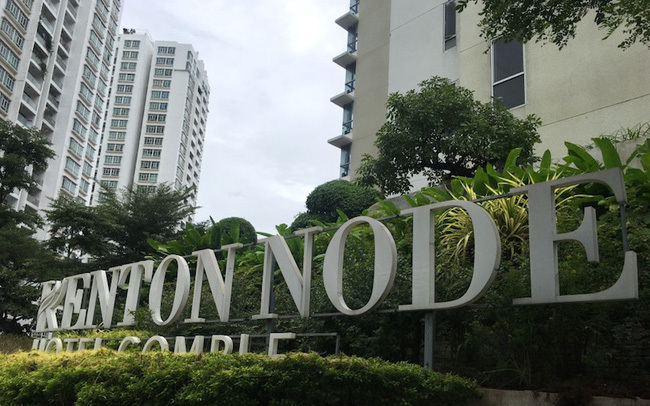 Đổi trò chơiOne example: BIDV announced the selection of an institution to organize the auction of the debt of Tai Nguyen Construction, Production and Trade Company. The assets put into auction were the principal and interest on the auction day, worth VND4.063 trillion.

Kenton Residences is one of the projects developed by Tai Nguyen. It was initially designed covering an area of 9.1 hectares, comprising nine 15-35-story towers, 1,640 high-end apartments and a 20,000 square meter shopping mall. The total investment capital was $300 million.

The construction began in 2009, but stopped in 2011. In 2017, Kenton Residence was activated again, renamed into Kenton Node, and had the design changed.

The prices are reasonable at VND15-16 million per square meter, including VAT.

This is the third time that BIDV has offered to sell Ky Nguyen apartments. The first auction was organized in October 2019, when only one out of 27 apartments was sold.

Commercial banks, one after another, have continuously put real estate into auction to collect debts since the beginning of the year.

VietinBank has offered to sell the land-use rights and assets on land at Can Tho Center, 3.23 hectares, with the starting price of VND190 billion.

On its website, SCB have offered to sell 10 real estate assets which have value of between several billions of dong and hundreds of billion of dong. These include Phuoc Son storehouse in Thuan An commune in Binh Duong province, offered at VND830 billion.

Đổi trò chơiThe other assets, houses and land use rights are offered at VND2.2-10 billion.

Đổi trò chơiDinh The Hien, a finance expert, commented that banks have recently put real estate into auction to collect debts, while they previously sold assets through many different channels.

Though the selling prices are viewed as ‘very reasonable’, many assets still cannot find buyers. The assets of Hung Ngan Housing JSC have been put into auction four times with prices falling by tens of percent compared with the first auction. But they still cannot be sold.

In the latest auction, BIDV set the starting price at VND396 billion, or 24 percent lower than the figure at the first auction in February 2020.

Economic and political reasons are major factors that make Vietnam a bright market.

Industrial property continues dominating the market thanks to the fast growing manufacturing industry.

For HCMC, the delicious cake slice of evening economy in store for years will come to light as the Government is going to give it the greenlight soon.

Vietnam is set to see 55% of the local population regularly participate in online shopping activities by 2025, with the value of goods purchased through the internet and online services reaching an annual average of US$600 per person.

More drastic reforms of construction-related administrative procedures must be carried to improve transparency and reduce costs for enterprises,

Fusion Suites Saigon on Suong Nguyet Anh Street in District 1, HCMC, is being listed for sale at VND1,165 billion (US$50 million).

A high number of businesses in the real estate sector are developers of 'clinically dead' projects, or projects that have disputes with clients.

Private air carriers, including Vietjet Air and Bamboo Airways, have asked for preferential loans to overcome the serious crisis caused by Covid-19.

Đổi trò chơiThe signing of big trade pacts has prompted the comprehensive amendment of the law that enacted in 2005.

Đổi trò chơiVietnam had attracted a total of $26.43 billion in FDI this year as of November 20, equal to 83.1 percent of the figure in the same period last year, according to a recent report from the Ministry of Planning and Investment.

Private sector consumption is a major growth driver of the Vietnamese economy. It is all the more important as the Covid-19 pandemic has sent global demand plummeting and countries worldwide imposing travel restrictions.

Đổi trò chơiCOVID-19 has significantly affected the consumer behaviour of people of all socioeconomic groups in Vietnam. Now businesses looking for future growth and investment opportunities are urged to upskill or reskill in line with new trends and demands.

Foreign direct investment (FDI) inflows in Vietnam are set to record strong growth as the world moves past the novel coronavirus (COVID-19) epidemic, with plenty of investment coming from overseas Vietnamese, according to insiders.

Vietnam will rely on outsourcing if it continues to import most input materials: officials
BUSINESSicon  30/11/2020

There are signs of foreign capital returning to Vietnam in the context of global stabilization. Vietnam has a great opportunity to break out thanks to the rapid recovery from Covid-19 and its open economy.