The turning points in the lives of Vietnamese billionaires

Once dreaming of becoming a university lecturer, Nguyen Thi Phuong Thao finally became a businesswoman and billionaire. Others became billionaires though they did not complete or even attend university.

The only female dollar billionaire

Đổi trò chơiIn early 2020, Nguyen Thi Phuong Thao, the founder and CEO of Vietjet, for the first time talked to the local press about how she began her business at the age of 17. 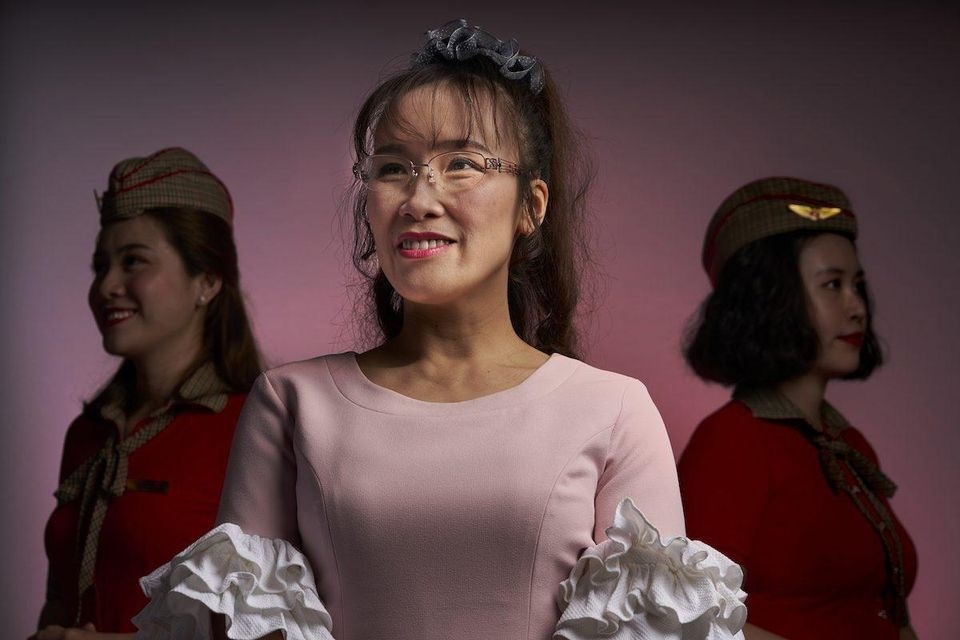 Đổi trò chơi“When I was a child, I dreamed of becoming a teacher like my mother. I wished that I could have a stable job as a university lecturer, buy an apartment, and own a motorbike,” she told Tuoi Tre.

However, she changed her mind when she got a scholarship to study abroad and witnessed East European countries carrying out ‘perestroika’ (reform). She believed that Vietnam will also shift from a centrally planned economy to a market economy.

And she started her business. At the age of 21, she got $1 million. At that moment, one tael of gold could be bought at VND2 million.

Đổi trò chơiIf Thao had not made the decision to become a businesswoman at the age of 18, Vietnam would not have such a young female billionaire.

Truong Gia Binh had great merit in the establishment of the Business Administration Faculty under the Hanoi National University in 1995, where he worked as a lecturer.

In 2006, Binh set up FPT University and gave lectures on Art of Leadership and Business Culture. Later, he became president of FPT, the largest Vietnamese IT group.

Đổi trò chơiBui Quang Ngoc was a lecturer at the Mathematics and IT Faculty of the Hanoi University of Science and Technology in 1979-1982 and 1986-1995. When joining FPT, he held the post of director of ISC, the predecessor of the ICT divisions of FPT (FPT IS, FPT Software, FPT Telecom and FPT Trading). Later, he became vice chair of FPT.

Meanwhile, Nguyen Tu Quang, now president of BKAV Corporation, better known for anti-virus products and high-end smartphone model BPhone, was also a lecturer at the Hanoi University of Science and Technology after finishing studies at the school.

The awards were given to entrepreneurs with dedications to business and community activities in Asia.

Famous businessmen with no bachelor’s degree

Nguyen Thi Nhu Loan, born in 1960 in Phu Yen province, did not study at university. But this did not prevent her from becoming a very successful businesswoman.

She was included in the list of the 15 richest stock billionaires in 2012, listed among top 100 businesswomen honored and granted Bong Hong Vang (Golden Rose) Cub by the Vietnam Chamber of Commerce and Industry (VCCI) and the Vietnam Women’s Federation. The cub is awarded annually to honor the most outstanding businesswomen.

Đổi trò chơiDoan Nguyen Duc, better known in Vietnam as ‘boss Duc’, finished high school in 1982 at the age of 20 and left home for HCM City and attended the university entrance exam. However, he failed the exam, and failed three more attempts.

Đổi trò chơiHe became a businessman at the age of 22 and realized that there are many ways to success.

Đổi trò chơiHoa Sen Group was believed to spend big money to invite Nick Vujicic to come to Vietnam some years ago. The president of the steel manufacturing group is Le Phuoc Vu, who never went to university.

Vu was born in 1963 in Quang Nam. He started his business in 1994 with a corrugated retail unit. In 2001, he set up Hoa Sen JSC in Binh Duong, employing 22 workers. The unit has expanded to Hoa Sen Group.

Unlike other rich kids, these sons and daughters of the billionaires don’t often appear in the media.

Special day for two billionaires: mountains of money pouring in

Techcombank share prices have soared, while the Hoa Phat Group of the billionaire Tran Dinh Long has reported a record 30-year profit. The prosperity of these enterprises has helped their owners earn more money despite Covid-19.

Đổi trò chơiVietnam now has a new opportunity to develop its automobile industry. If the chance is missed, the country will become an automobile import market.

Many ancient Chinese bibliographies, recorded by the Chinese themselves, directly or indirectly, recognize Vietnam’s sovereignty over the two archipelagos of Hoang Sa (Paracel Islands) and Truong Sa (Spratly Islands).

The new regulation that clients’ information will be shared by 30 commercial banks with taxation bodies has stirred up the public. People fear that their bank account information may be leaked.

Đổi trò chơiAfter a record-high growth rate in January, Vietnam’s tourism industry has fallen into a crisis caused by Covid-19.

Talented people are available at any time, talent is everywhere, but the number of talented persons is often limited.

There were many things the married couple planned to do when they were united, but these never happened because of an accident that killed the husband.

Đổi trò chơiAn eel farm of an older man brings turnover of nearly VND10 billion a year, and 99 percent orders are online. Another farmer sold 26 tons of rambutan by contract after putting goods on online sale.

Đổi trò chơiWorries have been raised that RCEP will lead to a higher trade deficit with partners, especially China. But the Ministry of Industry and Trade (MOIT) doesn’t think so.

The growth of domestic firms, especially private ones, is expected to cause a significant qualitative change in FDI and export attraction.

Encouraged by the success of Ben Tre’s coconuts, Long An, Dong Thap and An Giang provinces are considering plans to put their specialties on online for sale.

Đổi trò chơiThe national airline of Vietnam finally saw "the light at the end of the tunnel" when the National Assembly agreed with the Government's proposal for solutions to help Vietnam Airlines overcome difficulties caused by the Covid-19 pandemic.

Most of the components used to make solar panels are recyclable. Expired solar panels will not be a danger if there are reasonable regulations and good technologies.